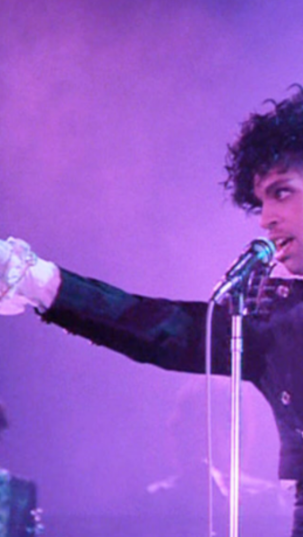 A few days ago, a dear friend of mine shared a thoughtful post on the death of Prince.   His name is Aaron Conrad and he is a very talented writer…he has a gift to capture meaning and as I encourage my children daily ‘to use his words’.  His post resonated deeply with many of the Generation X’rs on Facebook – the kids of the 80’s – the last generation of children that grew up before helmets, sunscreen, DEET free bug spray, organic food, year round sports, technology, and my goodness the absolute fear of everything that has been mainlined into our culture today.

Some people call this a generation gap,  but I think it is bigger.  Never in the history of the world (ok maybe that is a bit dramatic – lets just say in the recent centuries) have we gone under such a huge shift in how we live than with the advent of computers and handheld devices.  We are still adjusting and by “WE” I mean us.  I don’t know if we will ever truly catch up to their life and I would imagine it will take our culture a few decades as well.  The kids of this generation know no different and that sometimes saddens me.  I feel like my husband and I are hanging on by our fingernails to maintain & preserve many of the ideas we cherished from our childhood…many of the memories I believe our kids will never experience.

Aaron was reflecting how the death of Prince was not only mourning a piece of death of our childhood, but also an invitation to think about our past.  Prince, in our day, was considered so ‘raunchy’ or ‘racey’ (along with Madonna) – which by todays standards,  were tame. Do you remember when George Michael’s “I want your Sex?” came out??    Whatever your musical preference was/is, these artists define or become the soundtrack for most of our high school and young adult years.  I bet we could each create a master mix tape of each decade of our lives – right?   Speaking of mix tapes, do any of you remember having your cassette tape in your boom box with the record and pause button pushed down and just waiting for the radio to play your favorite songs to ‘catch it’?

I can not hear any song off of the Purple Rain CASSETTE and not trigger a memory! Seriously, I can not remember where I parked my car this morning, but I could probably tell you in order the songs on the Purple Rain cassette side A & B!   I can still recall driving in Jenny Waye’s little red car screaming “Little Red Chevette” when Prince came on the radio (I know not on Purple Rain album).   My goodness, remembering belting out the anthem “Purple Rain”…these songs take us back…to a more simple time when we were allowed to have freedom.  We were the last generation that were allowed and expected to play outside, all day.  We came in when the street lights came on.  We were not monitored to death and had freedom to explore and most importantly, I remember, having TIME to be kids…tons of it…kids don’t seem to have time these days and many already mimick  our hectic adult lives, too.  I know it wasn’t perfect, I have scars internally and externally to prove it – but, as my friend Terry said, it was just such a ‘simple’ time and sometimes I miss it.

The other day, my family was watching an episode of The Goldbergs (a sitcom based on the 80’s) and in one scene the middle son hops on his banana seat bike and takes off down the street with his friends at dusk — no helmet, knee/elbow pads or phone and one friend riding on the handlebars!  Our girls collectively yelled, “MAN! You all were lucky!  That looks so fun!” And, you know what?  I totally agree.

My friend Aaron and I 1980something – high school – note Aaron’s INXS shirt..he snuck out of school to buy me tickets to this concert which he was not allowed to go to and had a t-shirt to prove it!